This second of Julio Cortázar’s almanac-books was first published in Mexico in 1969 and designed by Julio Silva. In an interview with himself, Cortázar described the contents: “In Último round there is a ‘Homage to Alain Resnais’ which can be read in a permutational fashion, in such a way that its meaning changes even as the initial atmosphere of L’année dernière à Marienbad is preserved. There is also a farewell to Theodor W. Adorno, who has converted to Catholicism; there are several stories, long and short; and there is a sort of diary of a day in my life in the Provençal village of Saignon. There is a defense of Salvador Dalí (ah!); there is a general analysis of the problem of eroticism in Latin American literature; there is an essay on the short story and its surroundings, a subject which continues to preoccupy me and about which not much has been written. Are these samples enough, or do you want the whole sewing basket?” 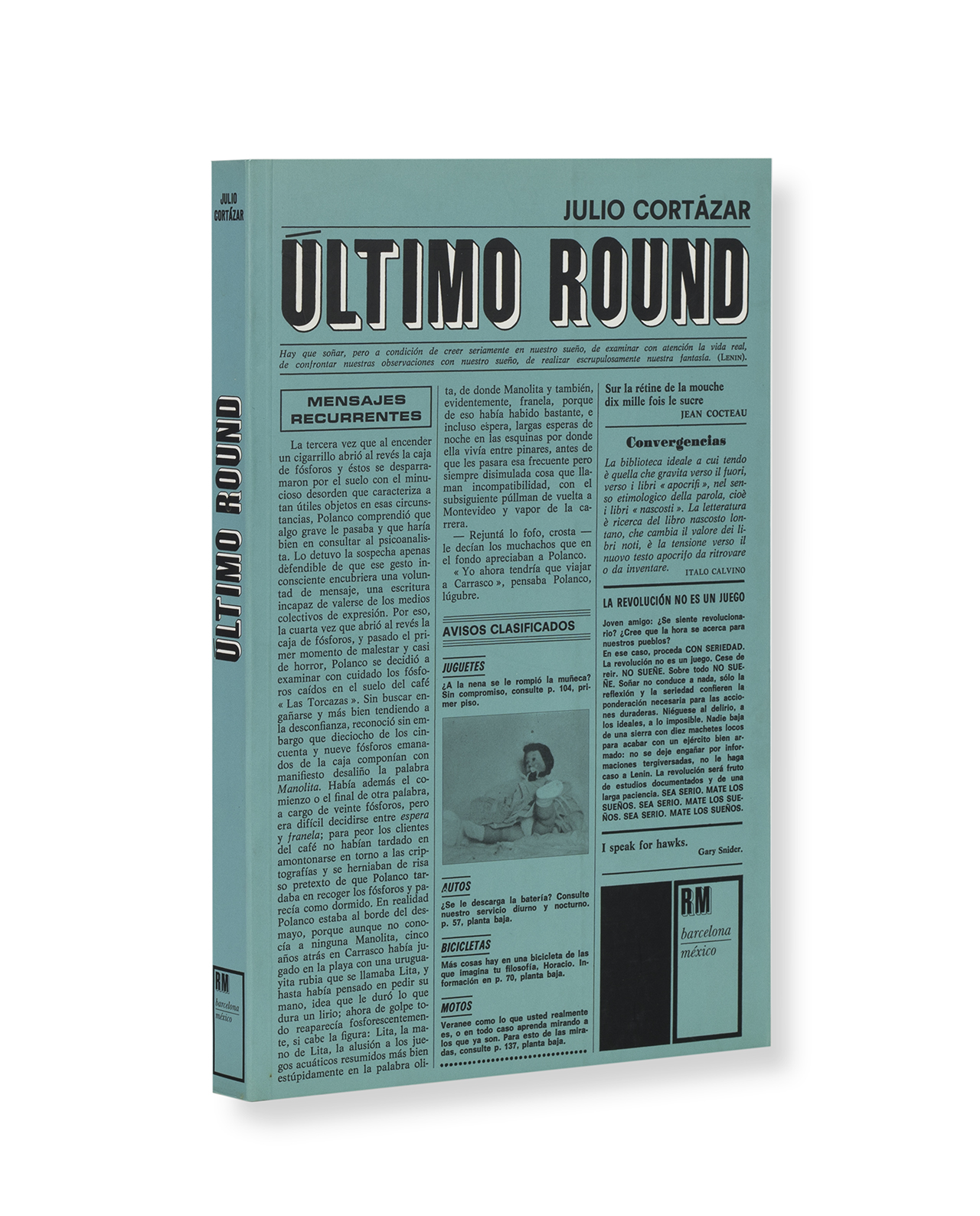