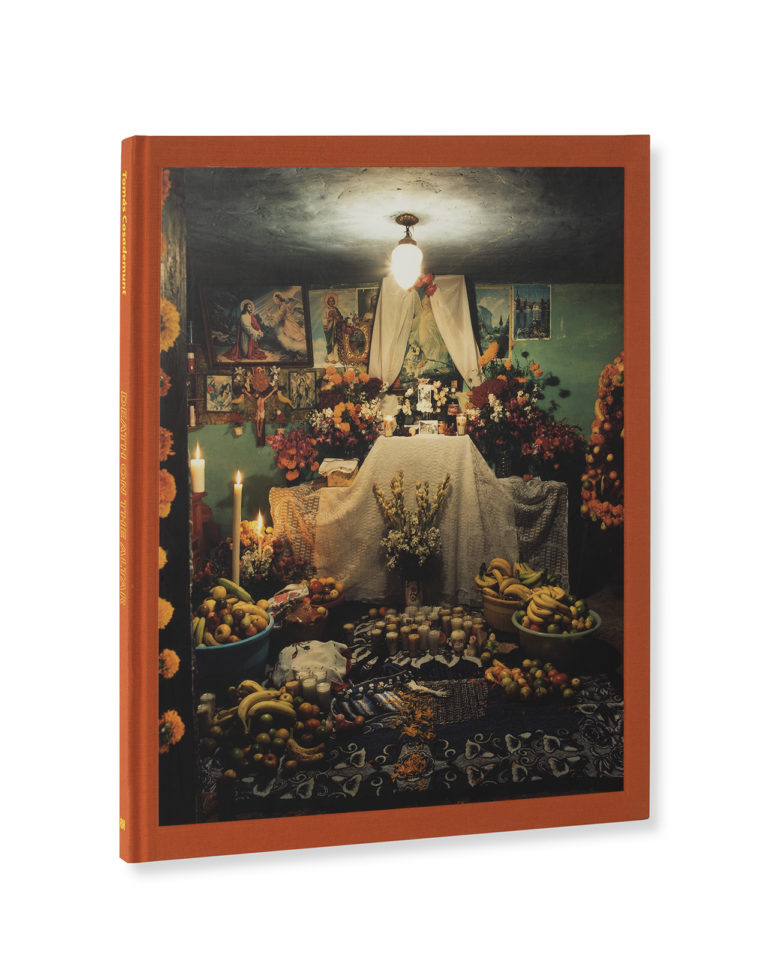 Tomás Casademunt (Barcelona, 1967) is an exceptional artist who was forged by two decades as a photojournalist. In constant quest, he has produced some remarkable series of photographs, among which “Death on the altar” occupies a privileged place.
This album captures family altars arranged for the Day of the Dead that have still not been contaminated by the tourist phenomenon of the celebration. In these photographs, the presence of death is not as evidente as a sugar skull.
Casademunt captures intimate atmospheres in which the aesthetic enjoyment of the family can be appreciated and the mourning for and even “presence” of the departed can be perceived. These family altar are created to be seen by the family itself and by the spirit of the deceased, for the simple enjoyment of creating them.
Many of the shots are frontal views: Casademunt does not seek the spectacular frame, nor is he interested in playing a role himself. Like an ethnologist, he records a testimony without adding anything. After seven years of explorations in villages in the states of Morelos, Michoacán, Oaxaca, Yucatán, Tlaxcala, Puebla, and Guerrero, he has produced a group of photographs of great beauty and singular coloring. 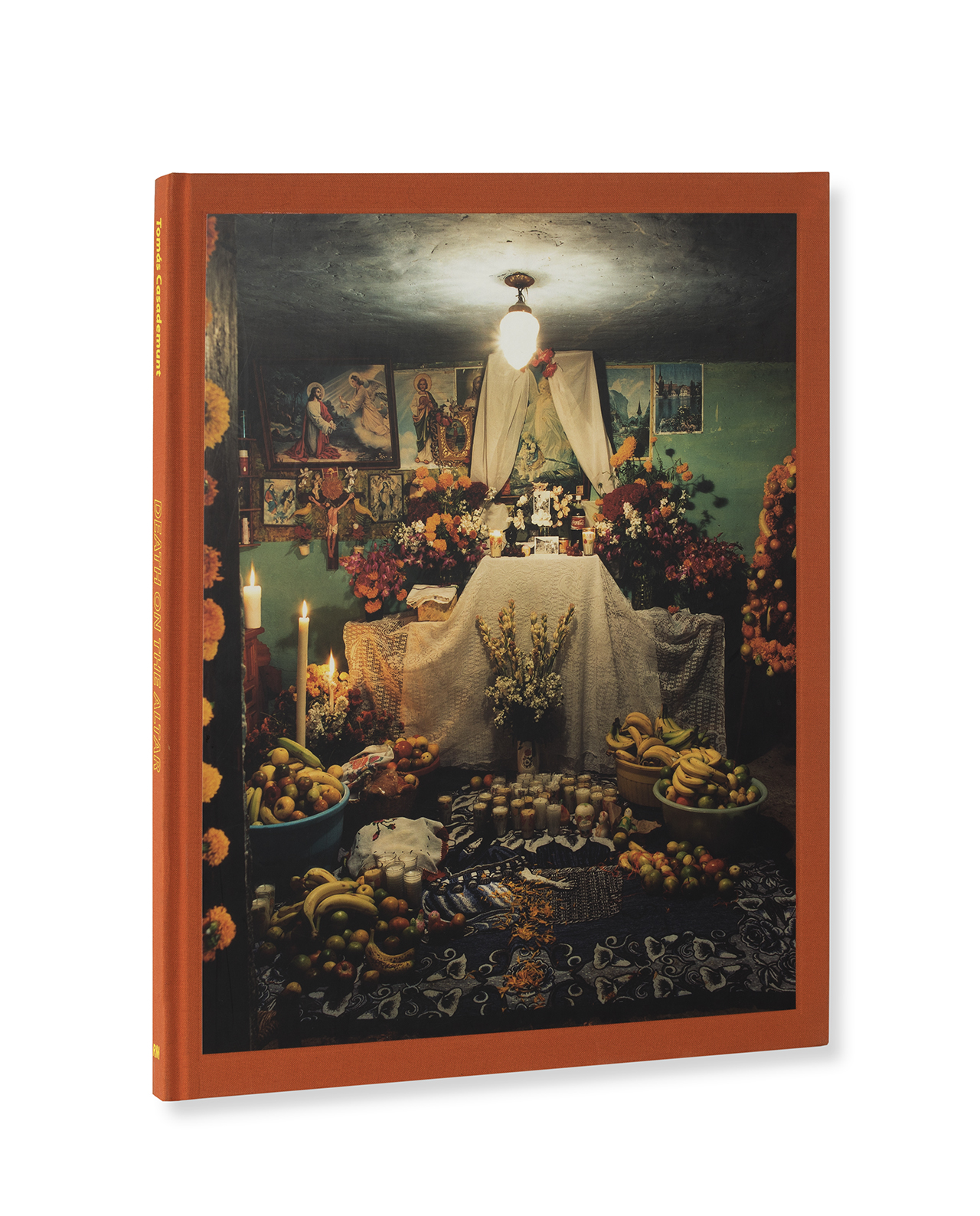