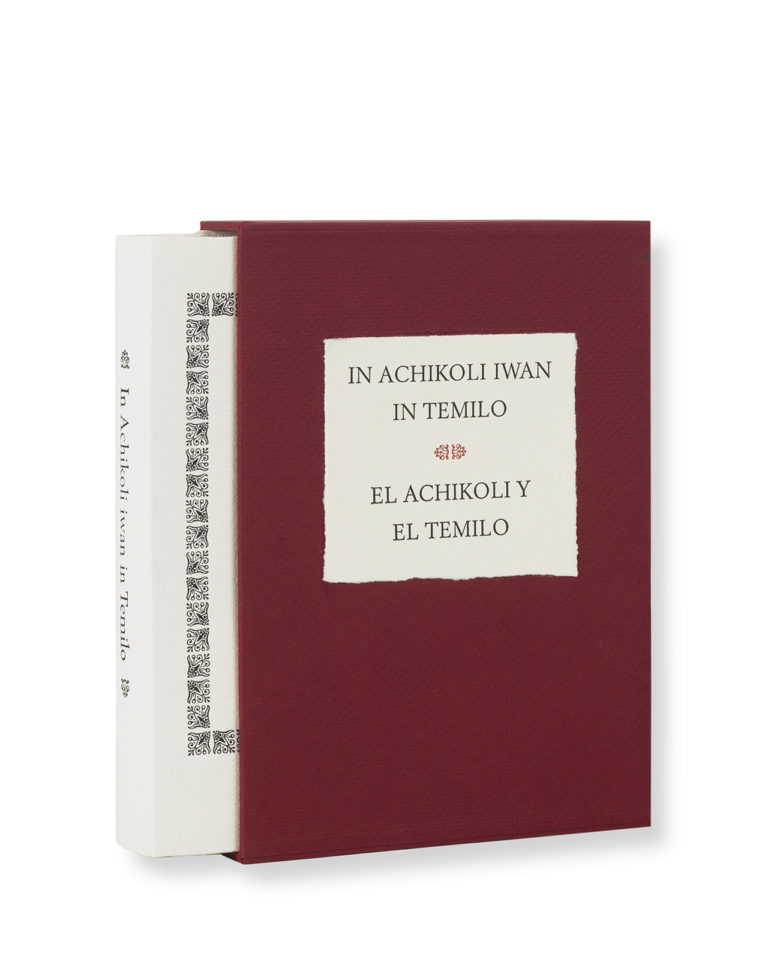 This edition, this first one published by Ediciones del Jorobado in collaboration with Editorial RM, consists of 80 hand-printed copies, numbered and signed by the engraver Artemio Rodríguez. The story of Achikoli and the Temilo forms part of the cultural heritage of San Jerónimo Amanalco in the municipality of Texcoco in Estado de México, where it continues to be handed down by the elders of the community to children and youngsters in the local Nahuatl language. The story recounts the foundational myth of the Nahua villages of the Texcoco region, and preserves a little-known version of the founding of México-Tenochtitlan. 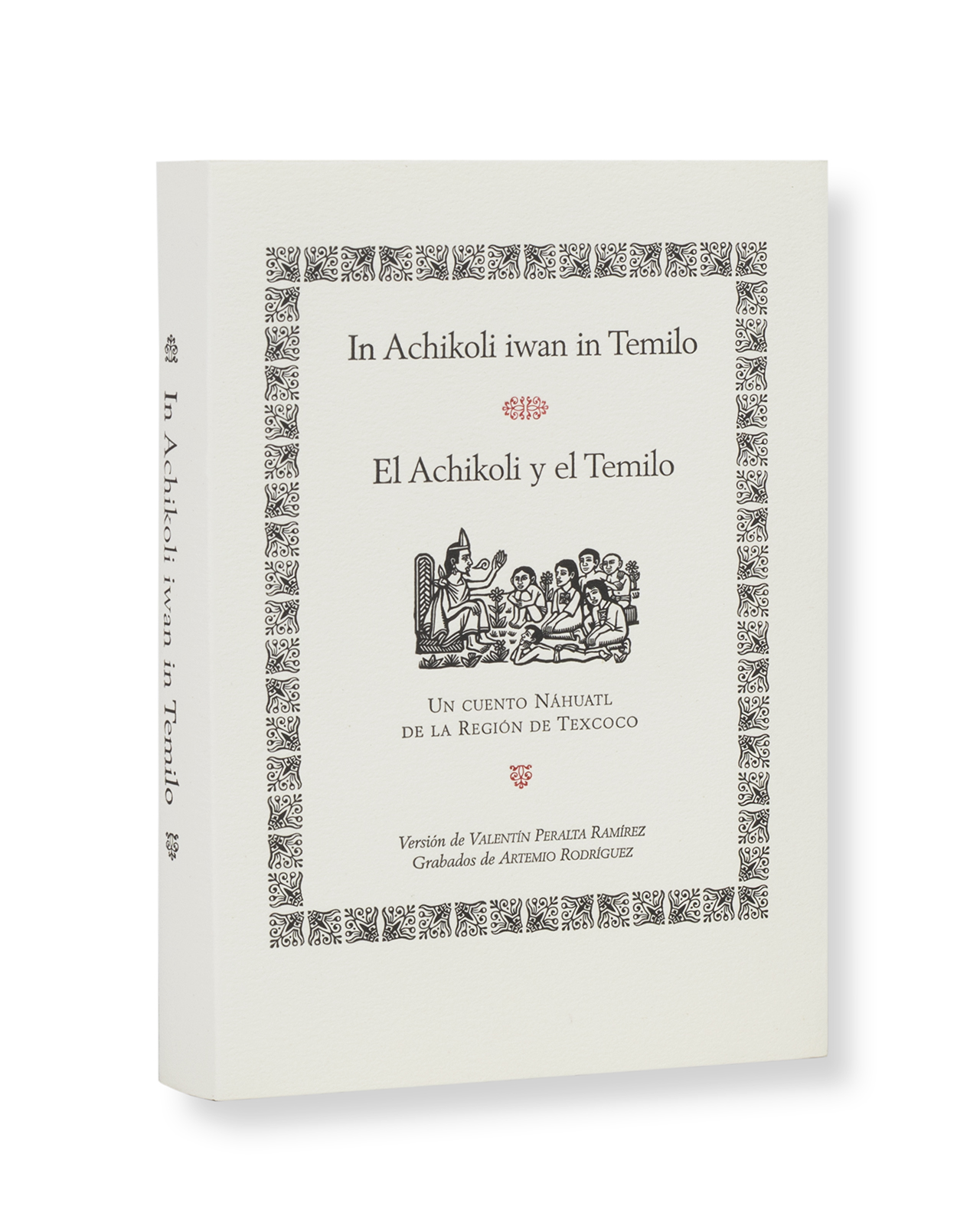